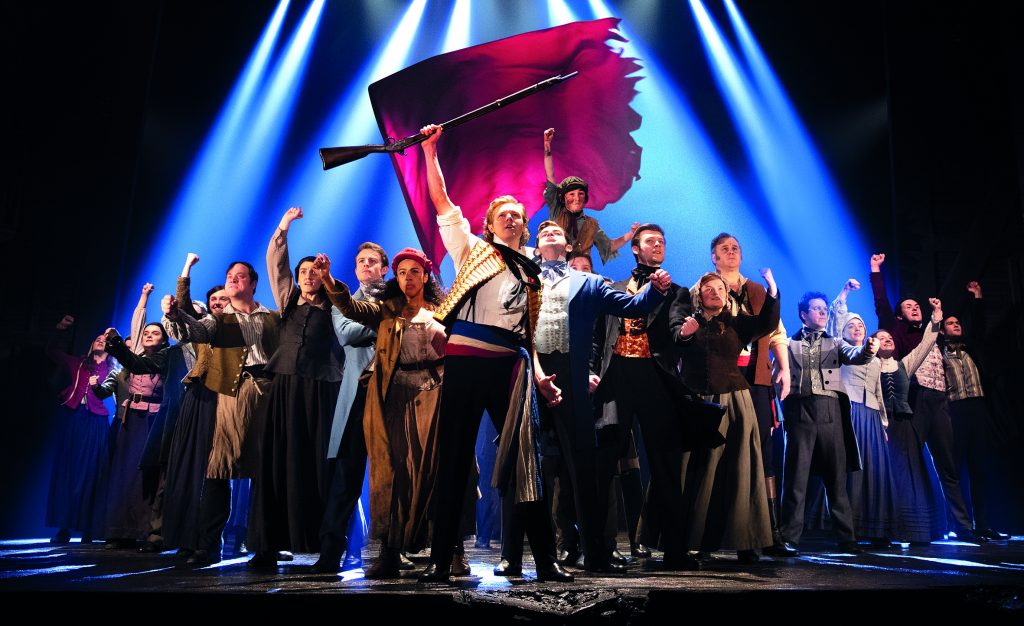 Cameron Mackintosh announced today that his acclaimed production of the Boublil and Schönberg musical, Les Misérables will return to Birmingham Hippodrome from Tue 30 Jun – Sat 18 Jul 2020.

Click here for more information and book your tickets today!

Since Cameron Mackintosh first conceived this new production of Les Misérables in 2009 to celebrate the show’s 25th anniversary it has taken the world by storm. Originally touring the UK throughout 2009/10, and concluding with 22 performances at the Barbican, this production was hailed by audiences and critics alike. The current tour opened in Leicester in November last year and has already played sell out runs in Dublin, Edinburgh and Manchester.

Boublil and Schönberg’s magnificent score of Les Misérables includes the songs, I Dreamed a Dream, On My Own, Stars, Bring Him Home, Do You Hear the People Sing?, One Day More, Empty Chairs at Empty Tables, Master Of The House and many more. Seen by over 120 million people worldwide in 52 countries and in 22 languages, Les Misérables is undisputedly one of the world’s most popular musicals.

Fiona Allan, Birmingham Hippodrome Artistic Director and Chief Executive said; “A show of the phenomenal appeal of Les Misérables comes along only a few times in your life:  its enduring popularity and beloved status with audiences is incomparable. So much so, we are planning to bring it back to Birmingham again in 2020. So for those who missed out on tickets this year – or those who want to see it again – this is another opportunity to catch the world’s favourite musical. My advice – Book early!”

Cameron Mackintosh’s production of Les Misérables is written by Alain Boublil and Claude-Michel Schönberg and is based on the novel by Victor Hugo. It has music by Claude-Michel Schönberg, lyrics by Herbert Kretzmer and original French text by Alain Boublil and Jean-Marc Natel, additional material by James Fenton and original adaptation by Trevor Nunn and John Caird. The original Les Misérables orchestrations are by John Cameron with new orchestrations by Christopher Jahnke, Stephen Metcalfe and Stephen Brooker. The production is directed by Laurence Connor and James Powell, designed by Matt Kinley inspired by the paintings of Victor Hugo with costumes by Andreane Neofitou and Christine Rowland, lighting by Paule Constable, sound by Mick Potter, musical staging by Michael Ashcroft and Geoffrey Garratt, projections by Fifty-Nine Productions and music supervision by Stephen Brooker and Graham Hurman.