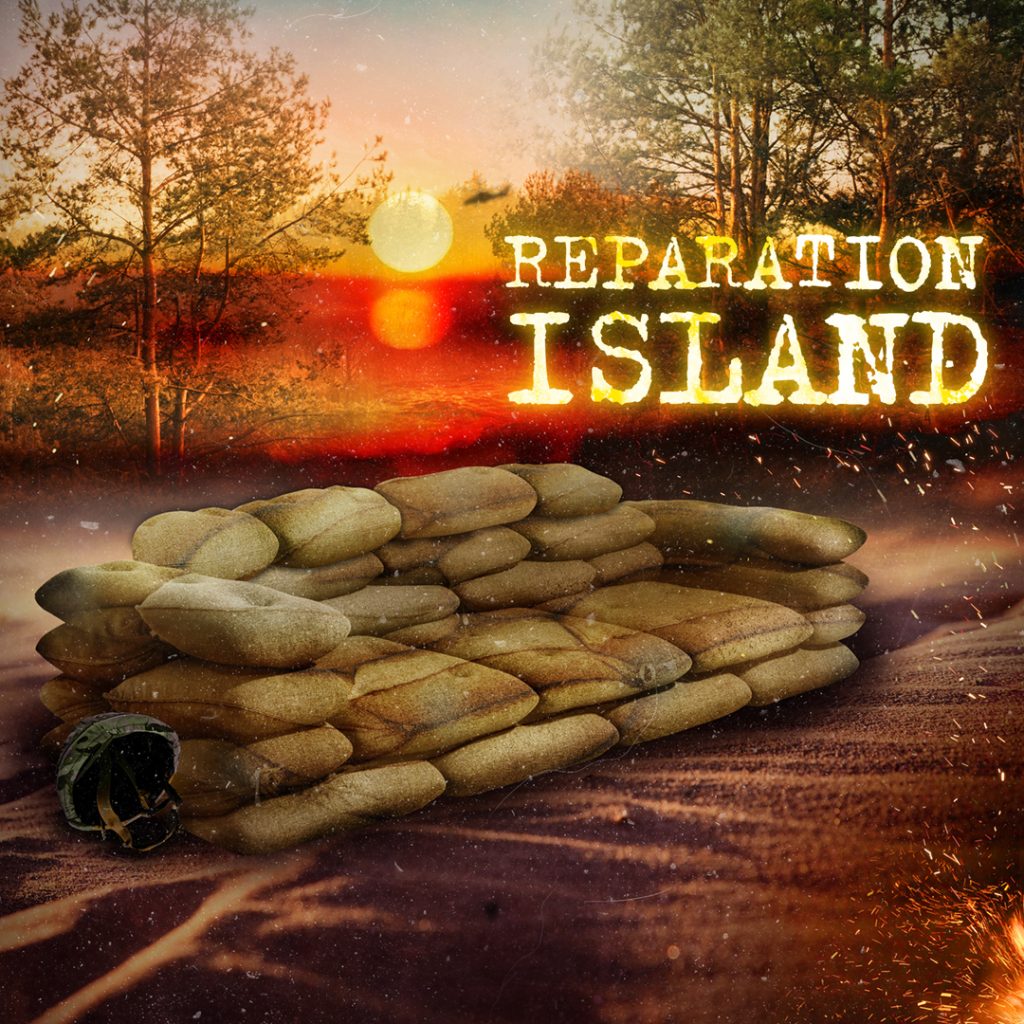 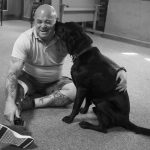 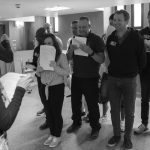 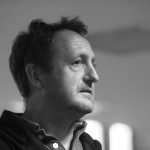 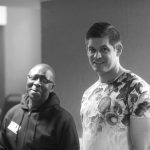 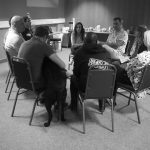 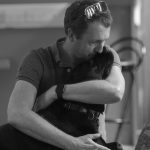 In just one week’s time, the stories of over fifty members of the armed forces community from across the West Midlands will be presented in the world premiere of a new play.

Performed by members of the West Midlands armed forces community and created around the stories of fellow community members, this bold and inventive new play by Kevin Fegan combines storytelling, music and poetic imagery in an honest new narrative.

Directed by Christopher Elmer-Gorry, Reparation Island is the culmination of 7 months of planning, story-gathering, script-writing and rehearsing. From January to March the team toured the region, talking to a wide range of people and organisations connected to the military. In total 51 people were interviewed, their stories forming the basis of the play.

Reparation Island is presented by Bravo 22 Company, a recovery through the arts programme, made possible by The Royal British Legion and The Drive Project in association with Birmingham Hippodrome. Bravo 22 aims to give Service people and veterans new skills and experiences while improving confidence, self-awareness and motivation to support an individual’s recovery and the transition into civilian life.

Tim Seeley served in the Royal Regiment of Artillery and was posted to Germany working on battlefield nuclear missiles. He was the battery medic whilst serving in Northern Ireland and had to deal with a friendly fire incident, which left one soldier dead. After leaving the Army, Tim struggled with his new life, going from one divorce to another, from one house to another, never calling a place home, drinking excessively to relieve the pain, both mentally and physically. In 2018, Tim was diagnosed with PTSD, he also suffers from Cluster headaches, Tinnitus, hearing loss, chronic back problems and Fibromyalgia. Today, Tim has been tee-total for over 2 years and lives with his wife, Linda.

After leaving school with no qualifications, Baz Barrett joined the Staffordshire Regiment as a junior soldier in 1970. During his 24 years he saw over 3 year’s active service in both the Gulf and Northern Ireland. He left the Army in 1994 and worked in the voluntary, community and further education sectors, where he undertook a wide range of community-based projects and academic qualifications. In 2006, he was awarded an MBE for services to further education and young people. He self-funded and enrolled on an MSc in Military Veterans Health and Wellbeing in 2014, (aged 60) and graduated from Salford University in 2017 and has now embarked on setting up the Veterans Reconnection Hub project in Staffordshire.

Mark Howell joined the Royal Engineers in 2005, serving as a Sapper for 11 years, which included tours to Iraq and Afghanistan. In January 2013, he was diagnosed with PTSD but wasn’t medically discharged until 2016. Those 3 years were a very dark time for Mark, until he was recommended to contact Combat Stress, and this is when his rehabilitation started. Mark has now learned to live with PTSD and to lead a normal life.

Amy Whistance first heard of Bravo 22 Company through her dad. He knew she loved performing and persuaded Amy to tell her story of growing up the daughter of a soldier. Her dad has always been Amy’s hero but it’s only now that she’s really learning what he went through and still struggles with today.

Joining the Army in August 1991, Kevin Hanbury completed his infantry training in Royston before joining 3rd Battalion Royal Regiment of Fusiliers as a replacement Rifleman for the Fusiliers who had lost his life in the 1st Iraq conflict. Kevin was in the Fusiliers for 10 years serving in Bosnia and Kosovo, before recap badging to the Royal logistic Regiment in 2000 due to an injury sustained in Kosovo. While in the RLC Kevin served in Iraq and Afghanistan before leaving the Army taking redundancy in 2014. Kevin has been married for 26 years to Caroline, and says having someone as strong as Caz by his side all these years has saved him.

Scott Yarrington is a former soldier in the 1st Battalion Irish Guards where he served for 8 years and had been on 2 tours with his regiment in Iraq and Afghanistan. When on tour in Afghanistan, he stepped on an I.E.D. and lost both legs. Since then, he has played in the Great Britain wheelchair basketball team competing in the Invictus games in Toronto, winning a bronze medal. He is also a volunteer for his local cadet forces centre.

Scott is happily married to his secondary school girlfriend, Rachael Yarrington. Rachael helped to support Scott through his rehabilitation process, commenting that to see him walk again after such a short space of time was astounding. They had their little boy via IVF in 2013, followed by a magical wedding at Disney World in Florida in 2017.

Steve Cokayne joined the Army in 1985 aged 17, serving across the globe until 1988 when he was involved in a rock climbing accident and seriously damaged his legs whilst on exercise in the Isle of Man. In 1992, Steve was medically discharged from the Army and, after 30 operations, finally had his right leg amputated in September 2009. Since then, Steve has gone on to compete in the Invictus Games in Toronto, The British Powerlifting Championships, The Mey Highland Games, and is also an inspirational speaker with The Drive Project.

Jamie Weller joined the Royal Navy aged 17, following a life-long dream to work with naval jets and aircraft carriers. After completing his aeronautical engineering training, he was posted to a sea harrier squadron.  At the age of 19, Jamie lost sight in both eyes which brought his naval career and his dream to an end. Jamie took this is a challenge to push back boundaries and to break down perceptions of what blind people can achieve, he has been successful in the academic, corporate and sporting worlds. Becoming an inspirational speaker for The Drive Project enabled Jamie to share his story of resilience and to encourage others to overcome their own personal challenges.