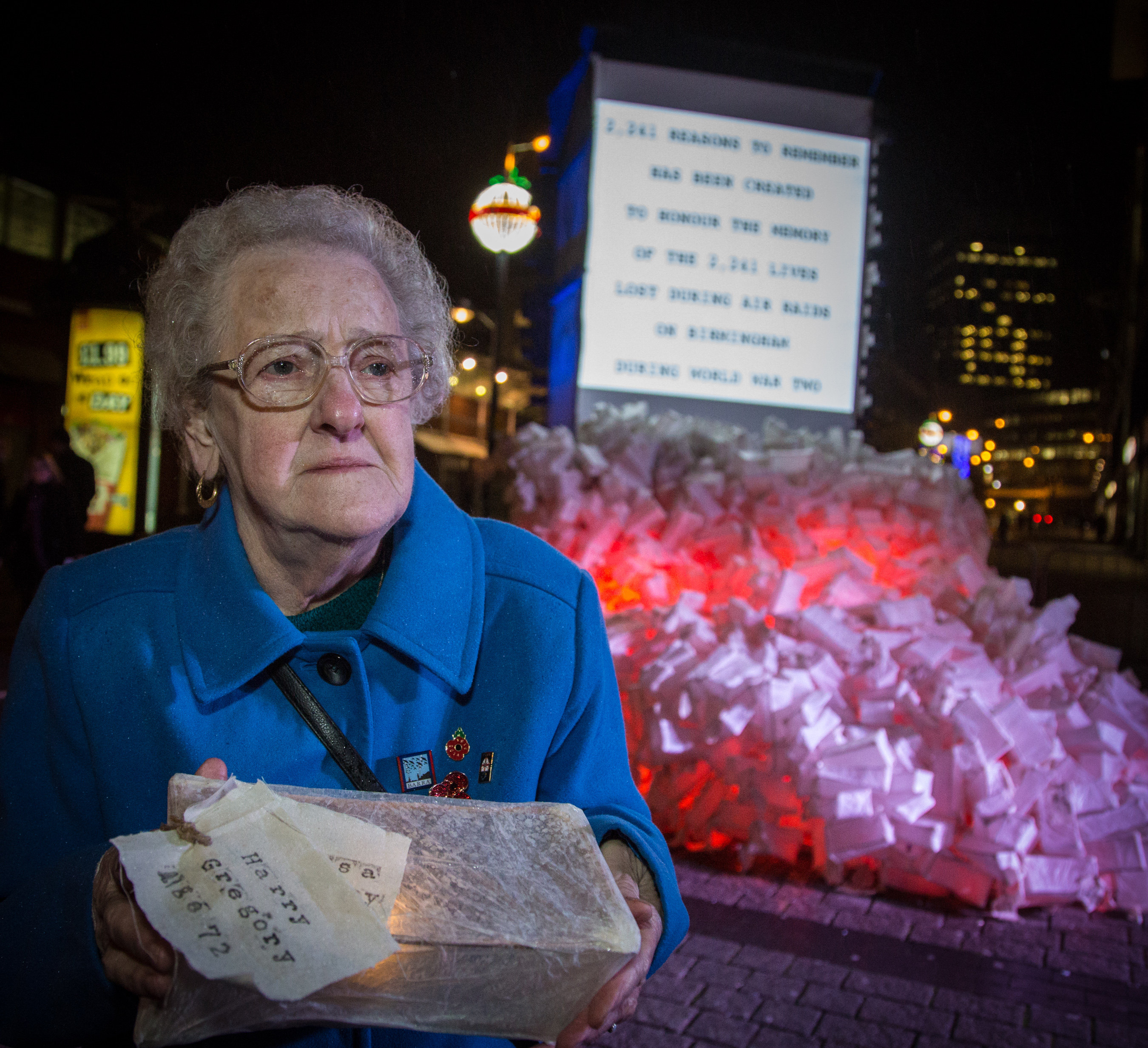 Click here to view our Photo Gallery.
This project was funded by Heritage Lottery Fund and The Limoges Trust.

Surrounding the installation were a number of listening booths where members of the public heard first hand accounts of how the Birmingham Blitz affected the civilians of Birmingham.

Thanks to Starbank Primary school for helping with our Blitz project. Here’s a short piece about the project from ITV News.

Thank you to everyone who joined us to learn about the impact of the blitz on Birmingham during World War 2.

2,241 lives were lost in bombing raids in Birmingham in the Second World War. This evocative and emotive illumination was presented by Birmingham Hippodrome and the award-winning arts organisation Metro-Boulot-Dodo to commemorate the Birmingham Blitz.

In November 1940, just five days after the Coventry attack, Birmingham suffered three nights of consecutive bombing. 800 people lost their lives, 2,345 people were injured and 20,000 civilians were made homeless.

November 2015 marked the 75th anniversary of this tragic event and Metro-Boulot-Dodo created a poignant, eye-catching illumination for the public to discover in a number of significant locations across the city of Birmingham. The haunting sounds of the air raid sirens, along with the dreaded droning of the German Bombers were once again heard over the city’s skies. Hidden in and around the illumination the public had the chance to hear first-hand accounts of the Birmingham Blitz.

You can view photos from the event here on our Flickr Gallery. 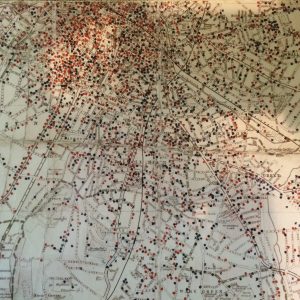 The map opposite details the extent of the bombs dropped on the city centre. The black dots denote explosives, the red dots incendiaries.

Using archival photographs, newsreel footage and a wealth of Government Information posters, 2,241 Reasons To Remember was a spectacular and dramatic illumination event. 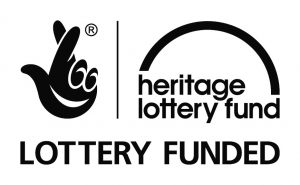 and also supported by the Limoges Trust.