Following last year’s record-breaking production of Aladdin attended by nearly 120,000 people, we are delighted to announce another spectacular line-up for this year’s must-see pantomime adventure, Dick Whittington. JOHN BARROWMAN, STEVE MCFADDEN, THE KRANKIES and MATT SLACK will lead a superb cast in the magical production which runs from Monday 19 December 2016 to Sunday 29 January 2017. 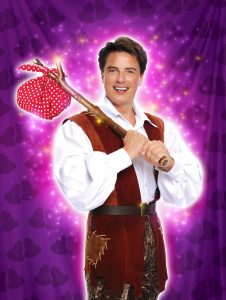 JOHN BARROWMAN stars in the title role of the hero Dick Whittington. The hugely popular showman last appeared at the Hippodrome in the pantomime Robin Hood in 2008/09 and has enjoyed an acclaimed and hugely varied career including music, presenting and writing with performances on television and film, in the West End and on Broadway. His numerous stage credits include leading roles in Sunset Boulevard, Anything Goes, Phantom of the Opera, Miss Saigon and Company. He was on the TV judging panel of How Do You Solve a Problem Like Maria? and Any Dream Will Do alongside Andrew Lloyd Webber, and hosted his own primetime Saturday night programme for the BBC.

John is perhaps best-known for his iconic role as Captain Jack Harkness in Doctor Who for the BBC, a role that proved so popular he became the leading role in its spin-off series, Torchwood, which made John a household name. He has also released eleven studio albums and two concert DVDs. John is currently starring as Malcolm Merlyn in the acclaimed US television show Arrow, based on the DC Comic crime-fighter Green Arrow which is now in its fifth series. 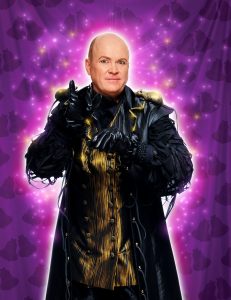 Soap star STEVE MCFADDEN will be telling a different ‘tail’ this Christmas starring as the evil King Rat, determined to outwit Dick Whittington. The RADA trained actor has appeared in numerous television programmes, including roles in The Bill, Minder and Bergerac, but it is the role of Phil Mitchell in the long-running BBC soap EastEnders for which he is best known. Steve has starred in the iconic role for over 25 years, at the centre of a number of high-profile storylines, and has won a plethora of high-profile awards. No stranger to the world of pantomime, Steve has played practically all the villains in pantoland, but Dick Whittington marks his first time playing its most evil rodent! 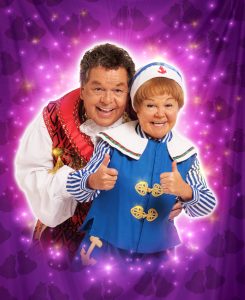 Joining John and Steve are the legendary double act THE KRANKIES playing Councillor and Jimmy Krankie. Having entertained audiences with their slapstick for over 50 years, Dick Whittington reunites the pair with John Barrowman, having starred together in pantomime in their hometown of Glasgow for five years. Ian and Janette Tough, who last year celebrated their 47th wedding anniversary, have been stalwarts on the cabaret circuit and on television since the 1970s, enjoying a varied career including sold-out residencies at major theatres across the UK, appearances at the Royal Variety Performance and their own television programmes The Krankies Klub and The Krankies Elektronik Komic and released two singles, Fan-Dabi-Dozi, based on their much loved catchphrase and Wee Jimmy Krankie. 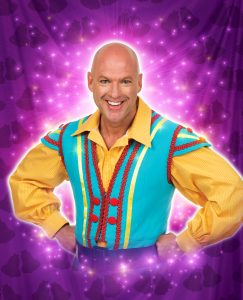 For a fourth year running Hippodrome favourite MATT SLACK returns to make Birmingham audiences roll in the aisles with his hilarious physical comedy and quick wit in the role of Idle Jack. Matt has delighted audiences year after year winning rave reviews for his hilarious performances. Also returning after last year’s appearance in Aladdin is favourite pantomime dame ANDREW RYAN, who will don even more of his amazing frocks in the role of Sarah the Cook.

Produced by Qdos Entertainment, the world’s biggest pantomime producer, Dick Whittington will be directed by MICHAEL HARRISON for the fifth year running. Michael, also the producer behind Birmingham Hippodrome hits The Bodyguard, Annie and Barnum said: “Once again we are delighted to bring together a sensational cast of talented performers for the Birmingham Hippodrome pantomime, which – as always – will be a spectacle on a par with any West End show in terms of scale and production values.”

FIONA ALLAN, Artistic Director and Chief Executive at Birmingham Hippodrome added: “We are hugely excited to be working with Qdos again to bring audiences such a fantastic line up of stars for Dick Whittington. It’s never too early to be planning Christmas fun – sales are already set to break records – and this year’s pantomime promises plenty of laughs, outrageous costumes and special effects to amaze all the family.” 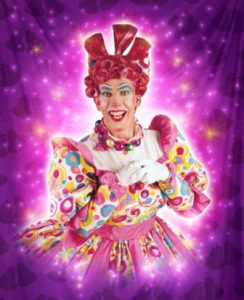