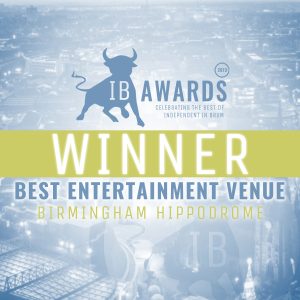 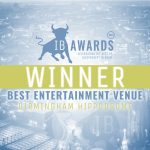 The awards champion the many brilliant independent businesses across a range of sectors in the city and the finalists were selected by a panel of 14 shortlist judges from over a huge 800 nominations made by the general public.

Laura Smith, Director of External Relations for Birmingham Hippodrome commented: “We are thrilled to be awarded Best Entertainment Venue at the inaugural Independent Birmingham Awards. We were up against some fantastic venues and as an independent charity are proud to contribute to the cultural life of our fantastic city.”

See the other award winners and find out more about Independent Birmingham here.